Past Fife Captain and Past President Christine Steedman has died 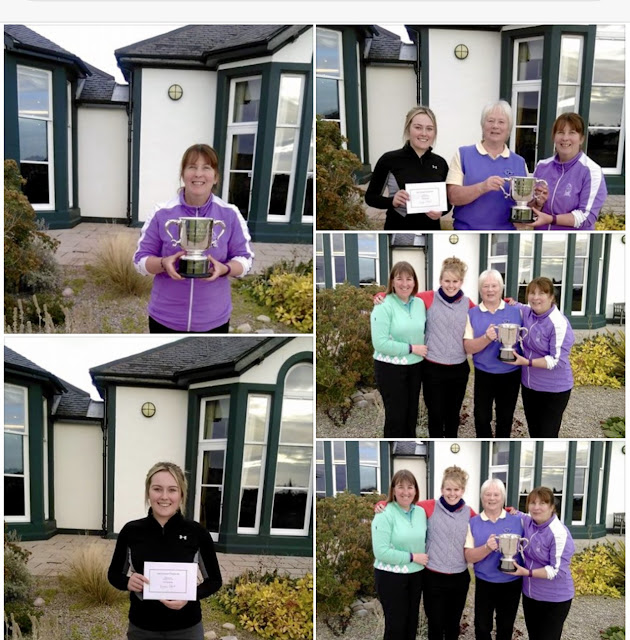 It is with much sadness to hear today that Fife Counties Past Captain & Past President Christine Steedman lost her brave fight and passed away this morning.

Christine was a great friend to many and loved her golf, she will be very sorely missed by all

ANNE BROWNIE’S ACE HAS QUALIFIED HER FOR A CHANCE TO WIN HER A TRIP TO TPC SAWGRASS. 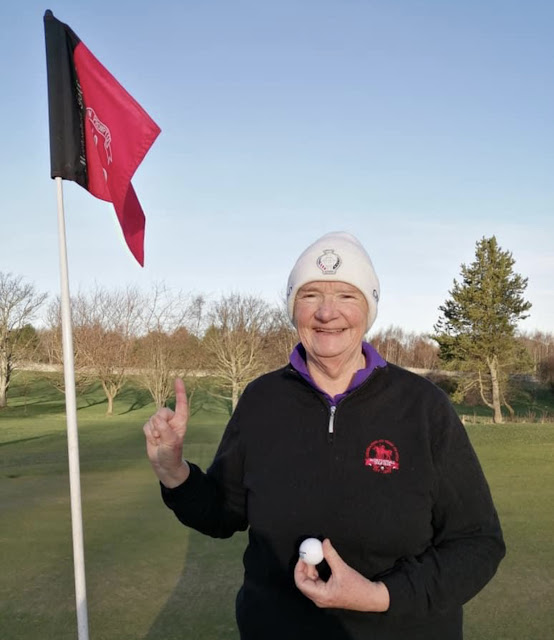 Email ThisBlogThis!Share to TwitterShare to FacebookShare to Pinterest
Labels: County News, Hole in One, Midlothian 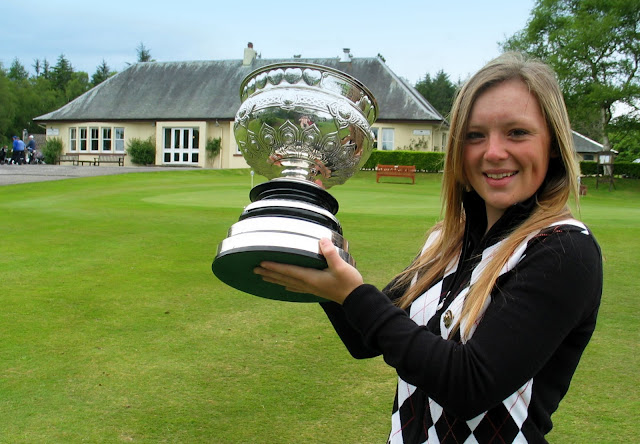 Megan in 2009 with the Scottish Amateur Championship Trophy
at Kilmacolm Golf Club
By Martin Dempster
The Scotsman Newspaper - 15th January 2021
Former Scottish Women’s Amateur champion Megan Briggs is set to become just the second lady captain of Kilmacolm in the Renfrewshire club’s 130-year history.
Briggs, who landed her national title triumph at Southerness in 2009, was recently appointed by Rene Kleyweg as his vice-captain and will take over the main post in 2022.
The Glasgow solicitor will join Jane Macdonald, who held the position in 2016, as the club’s only lady captains, with Romy Erskine, a Scottish Girls’ international, also set to take up the junior captaincy next year.
“I see Megan embodying how we want to be seen,” said Kleyweg. “Here we have a professional in her early 30s as captain of our club. Inclusive, progressive, friendly.
“We want to help people see golf as a game for all ages and that for clubs like Kilmacolm it is more about leggings on the golf course than blazers in the clubhouse.”
Briggs will follow in the footsteps of Andrew Farmer, a former Scottish international who won both the British and Scottish Mid-Amateur Championships, in taking up the role
“I think she will help build on the ‘one club’ message that Andrew focussed on in 2019 and that I hope I will maintain this year,” added Kleyweg. “More mixed medals on a Saturday, previous men’s competitions opening up to all, captain and pro in the evenings but also the mornings to encourage all ages and genders to play etc.
“Just having more and more ladies playing on a Saturday morning and being comfortable doing so. It is also great to see honorary members putting time and effort into the club.”
In addition to Briggs - her sister Eilidh, a former Scottish Girls’ champion and Curtis Cup player, too - and Farmer, current Scotland men’s captain Matt Clark has also done his bit in flying the Kilmacolm flag on the amateur circuit.
“Matt put time in a few years ago as greens convenor and Megan now,” said Kleyweg. "Maybe this, in turn, will help encourage clubs to promote what their elite players are up to, something which members have previously taken pride in and enjoyed following.”
Though out of use at the moment due to the Covid-19 restrictions, the club recently opened a two-bay indoor studio, which has replaced the old dining room.
It is hoped the imminent launch of a new £150 Ladies’ Academy, with a three-month membership, which includes a half set of clubs and a fortnightly clinic with the club’s new professional, Stuart Roberts, will help boost an already healthy ladies’ section.
“Like many clubs, we have seen a jump in our membership, but what is amazing is how this has continued since the end of the normal playing season,” said Kleyweg.
“What we need to do post-Covid is broaden the audience for the studio. The studio may not appeal to all members, but it has already helped bring in new members.”
The club also recently announced the appointment of James McMurdo as the new head greenkeeper. He was at Prestwick for 20 years and had risen to No 2 there when he left to go down south to Tadmarton Heath in Oxfordshire.Also returning north of the border to be his right-hand man is Johnny Caldwell, a Greenock boy who is heading home from The Wisley in Surrey.
Posted by Carol 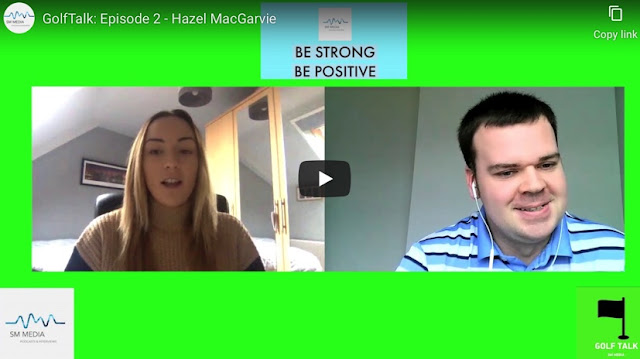 Hazel talks about her journey in Golf so far including starting out, playing in tournaments all over the world, representing Scotland & Great Britain and her future plans in Golf.

MEGAN BRIGGS - Assume nothing – you might just get a fresh perspective 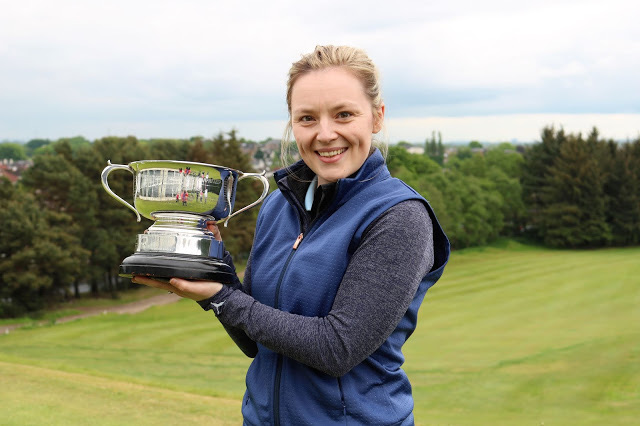 Great article by Kilmacolm’s  Club Vice Captain Megan Briggs who not only is a great golfer but gives a great insight into our assumptions.........
CLICK HERE TO READ MEGANS BLOG
Posted by Carol 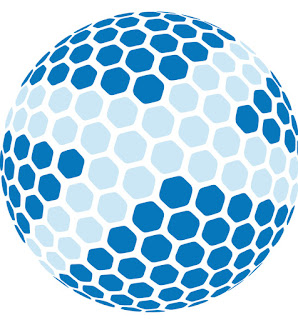 As we turn the corner on an extremely difficult 2020, starting 2021 with additional restrictions and further uncertainty is not how anyone wanted to begin the new year.

Following today’s announcement from the First Minister and with an understanding that our affiliated clubs will need to make some adjustments to their business operations, we wanted to provide all clubs with the information we have available to us at present.

As has been the case throughout the pandemic, we have worked alongside both sportscotland and The Scottish Government to demonstrate that golf is a sport that can be played outdoors with physical distancing and increased safety measures in place. We are pleased that this continues to be recognised and from 00.01 on Tuesday 5th January:

Golf courses can remain open for play with a maximum of two players from up to two households Golfers must stay close to home, travel only for essential purposes and in line with the new legislation

We are continuing to seek further clarification on a number of the wider aspects for sport from our partners at sportscotland and Scottish Government and as soon as we have sufficient detail with which to work, our more detailed guidance will be updated. We currently envisage being in a position to provide a more in-depth update for all affiliated clubs within the next 24 hours.

Scottish Golf asks that all golf clubs and golfers adhere to the new guidance with the same spirit and integrity that has been shown throughout the last year to ensure we can all continue to benefit from playing golf through this new period of restrictions.

You can stay up to date on all the latest information on our dedicated COVID-19 page here. 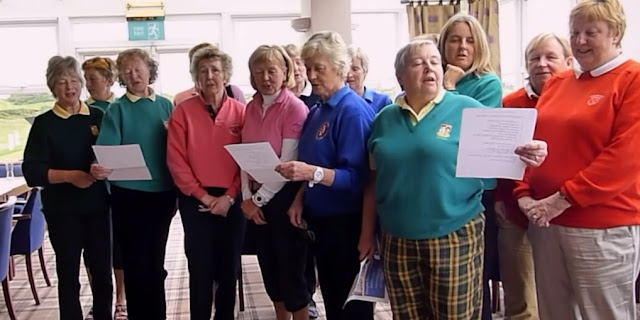 HAPPY NEW YEAR TO ALL GOLFERS AND READERS OF THIS WEBSITE 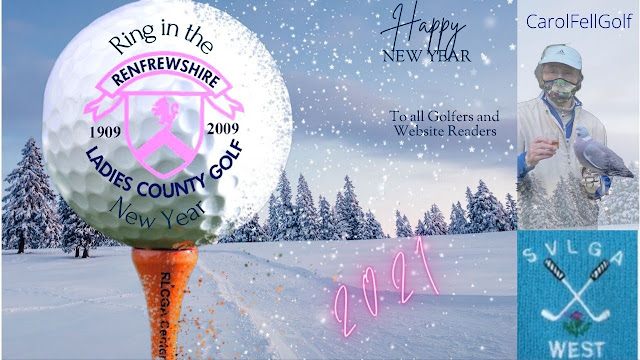 Your Webmaster would like to wish everyone that plays golf or not a very Happy New Year   -- In RLCGA and all the County Associations in Scotland , West Vets, Scottish Vets,  Scottish Golf, PGA Greenlees Teams and all Clubs everywhere lets hope 2021 is a better year.

Iron Women explores the extraordinary history of women’s golf in Scotland. From the early pioneers of the 18th century, to formidable role models who challenged the patriarchal constraints of male dominated golfing arenas, this story celebrates the trailblazers who put Scottish women’s golf firmly on the world map. -- YOU MAY SEE SOME GOLFERS YOU KNOW 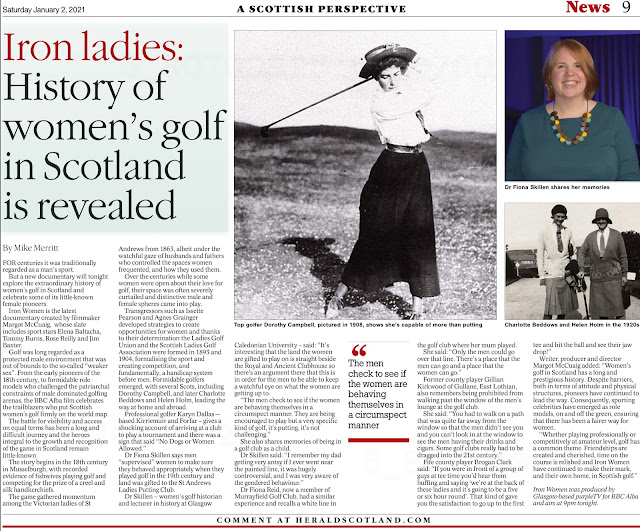