West of Scotland's Connie Jaffrey wins in the USA

MEMORIES FROM 30 YEARS AGO -- The Scottish Championship 1987 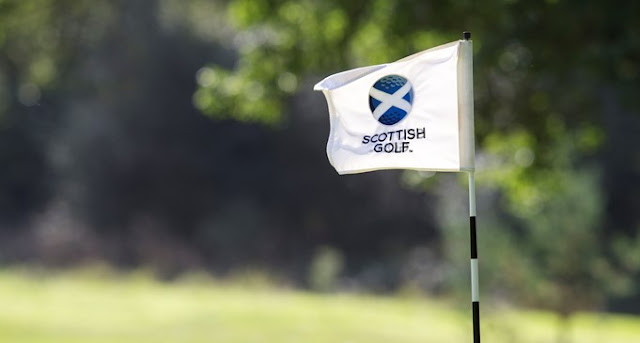 The Board of Scottish Golf planned to hold a Special General Meeting (SGM) on Saturday 2 December, as previously outlined.

The SGM was scheduled to allow members to vote on key recommendations that would enable the governing body to implement a four-year strategy, by delivering much-needed investment into the game and making our golf clubs – and the game as a whole – more sustainable.

Those remain our core strategic objectives as a Board. However, in light of the departure of our Chief Executive, Blane Dodds, and having consulted with a wide range of stakeholders in recent weeks, we believe the immediate priority should be in securing a new leader for the organisation.

To that end, we intend to cancel the scheduled SGM in December, but use the date to provide a platform for all members – and others with an interest in golf – to debate the future direction for golf in Scotland, with a view to creating a collaborative set of proposals for our Annual General Meeting in March 2018.

Executive Chair Eleanor Cannon met with the Board of sportscotland earlier this week and they are supportive of the modernisation of the game in Scotland. They are pleased with the objective of the organisation to be self-sustaining, removing the over-reliance on external funding.

Stewart Harris, sportscotland’s Chief Executive, said: “Scottish Golf made a well-constructed presentation to sportscotland’s board on Wednesday 25 October, and we are supportive of the governing body’s direction of travel, which is inherently consistent with our governance framework.

“We remain committed to working closely with Scottish Golf and supporting them in reaching their objectives of increasing self-sustainability and modernising the sport. This autumn, we received an ambitious strategic plan from the governing body and we look forward to discussing it with Scottish Golf and their stakeholders at the public event on 2 December.”

In the interests of transparency, the December meeting will be a public event to bring some of the many private conversations that take place about the future of the game to a wider audience. It will be a conference-style event, with the opportunity for all stakeholders to attend.

The process of appointing our new Chief Executive is already under way and the Board has been pleased by the calibre of potential candidates who have already expressed an interest. We will formally advertise the role shortly and seek to identify and appoint the best candidate as quickly as is practicably possible.

The Board is pleased that the proposed strategic plan has created wide-ranging discussion among all those who care passionately about our sport. Critical to this consultation period is listening to our members, which is why we believe the date already scheduled in the diary for the SGM should be utilised to provide a platform for debate.

It is imperative that we utilise this two-way conversation to discuss and address the very real challenges facing golf now and in the future. On that note, it should be said that the Board has decided to use the organisation’s reserves to bridge the immediate funding gap. However, this is not a long-term approach and we will seek to rebuild those reserves in the coming years.

On 2 December, we want to engage golfers in debate and discussion on a number of subjects. These include the key trends and challenges facing golf in Scotland and the potential impact of these on club revenue and membership fees; what feedback and surveys suggest members increasingly value and demand for their membership fee; addressing our ageing demographic profile and low uptake of membership amongst young people and women; embracing digital and technology capability to enhance the experience for all golfers; reviewing governance and structure; and engaging our communities to grow club revenue.

In light of the well-documented cut in public funding and continued decline in club membership, it is essential that we hear as many perspectives as possible as we look to address significant challenges now impacting the game in Scotland.

This is the backdrop against which changes will be proposed to the game’s shareholders in 2018. We will do so with one objective: to secure the future for our game in the Home of Golf.

Kind regards
The Board of Scottish Golf
Posted by Carol

Mrs. Maureen Mitchell opened the proceedings by saying how pleased she was to see so many ladies attending.
She took the opportunity to remind the club secretaries that their lists of 12 players and the Greenlees fee of £15 were now due if they had not already sent them in.
Next she introduced the top table guests - Mrs Ann Dunn who was the previous Convenor who had worked hard for the League and had done all the work at the beginning of the season before Maureen took over.
Her other guest was Mrs Hazel Kirkland, the Lady Captain of Old Ranfurly, who welcomed everyone on behalf of the Club.
Maureen next said Grace and the ladies were then served an excellent lunch. Lots of pleasant chatter could be heard and it was obvious that everyone was enjoying catching up with old friends.

After coffee was served, Maureen invited the Captain to present the trophies to the winning teams.
Division 3 was won by Hilton Park with Prestwick Saint Nicholas winners of Division 2.
The runners up in Division 1 were Loudoun Gowf who were narrowly beaten by the overall winners - Cathkin Braes. Their secretary, Barbara Aird, then made a short speech saying how enjoyable it was competing in the matches in a friendly spirit.
She then gave a vote of thanks for all the hospitality received from Old Ranfurly and thanked Maureen and her helpers for organising a very successful lunch.

The two guests were presented with the flowers from the top table.

Mrs Mitchell then reminded the secretaries present that the AGM was being held on Tuesday, 21 November at Old Ranfurly.
She concluded by wishing everyone a safe journey home.

Email ThisBlogThis!Share to TwitterShare to FacebookShare to Pinterest
Labels: Greenlees 2017, Greenlees News (All)

Fiona managed to top the standings in Scotland this year earning her the right to go through to the final with 3 other ladies from each home nation to fight it out for a custom fit full set of clubs.

She will play a round on each course and get an overnight stay in the hotel for reaching the final, a magnificent achievement showing consistency all year !

Fiona won’t just be playing for herself this week, along with one lady from each country, the top 3 gents qualify so they will compete in a team event as well over the links on the South Ayrshire coast.

2,000 ladies from across the UK have now came down to 4... from everyone at the Old Course Ranfurly we wish you the best of luck Fiona

Thanks go to May Hunter for this report.

Relive the highlights from the first-ever PING Scottish Mixed Championship and congratulations to East Kilbride's May & Martin Britovsek on a memorable win.

MAKE SURE YOU TAKE PART IN YOUR CLUBS QUALIFIER NEXT SEASON FOR YOUR CHANCE TO WIN A PLACE IN THE FINAL AT GLENEAGLES HOTEL !!
Posted by Carol

The presentation of prizes was by Julie Mackie - Lady Captain of Troon Ladies.

To read the full report go to the KIRKWOOD GOLF WEBSITE