On Friday 22nd February, Gleddoch House Hotel proved to be the perfect venue for a wonderful Jean Armour Night, which was thoroughly enjoyed by an audience of 120 ladies, and in the process £2,000 was raised for Maggies.

After a lovely meal, ladies were treated to two superb speeches. Baroness Helen Liddell delivered a Tribute to Jean Armour, and Annabel Goldie MSP proposed a Toast tae the Laddies.

The £2,000 was raised courtesy of those ladies attending and the generosity of 4 sponsors - Aggreko, Deutsche Bank Private Wealth Management, Spirito and Top Mark Claims Management. The 2 prizes for the prize draw were donated by Gleddoch House Hotel and Spirito. 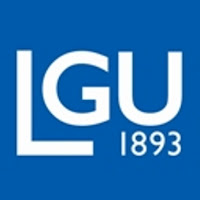 A time of change following the LGU’s AGM

As the LGU celebrates its 120th anniversary as the voice of women’s golf, the AGM in Dublin saw the announcement of a number of changes, both in key officials and in the arrangements for selecting international teams.

Trish Wilson succeeded Gillian Kirkwood as Chairman and will serve three years as the strategic head of the LGU. An experienced administrator, and senior rules official at many top professional and amateur events, Trish brings a wealth of golf knowledge and experience to her new role.

She says “The LGU is renowned for the high standard of the championships and international matches it hosts, and the focus has to be on continuing to develop and improve our events, both on and off the golf course. The GB&I victory in the Curtis Cup at Nairn gave ladies’ golf a huge boost and I would hope the LGU can capitalise on this to promote the game to new participants and supporters.”

In another change of senior personnel, Brigid McCaw has been appointed the 25th President of the LGU since the position was instigated in 1908, and commences her two years in office in succession to Mrs. Jill Edwards MBE.

Chairman of the LGU in 2009, Brigid has served in many roles at national level in Ireland and has been one of the LGU’s top rules officials for a number of years. She is “pleased and honoured to be President of the LGU in this, its 120th anniversary year.”

At the AGM itself, retiring Chairman Gillian Kirkwood took the opportunity to announce a radical shake-up in the LGU’s arrangements for selecting international teams. She said “the face of ladies’ amateur golf has changed with the advent of international playing opportunities, and with elite players getting younger and younger. In addition, with the introduction of the World Amateur Golf Ranking for ladies, detailed information on individual performances is becoming more readily available.

A review of selection options was commissioned, and involved wide consultation with many interested parties. At the recent Board meeting, the Directors unanimously agreed that future Great Britain & Ireland teams will be selected from a mix of the World Amateur Golf Ranking (“WAGR”), the newly implemented LGU Order of Merit and a small number of Captain’s picks.

The biennial Junior Vagliano team will continue to be selected by a panel of representatives from each of the four home countries.”

These new arrangements will be introduced with immediate effect, with the Vagliano team for the match against the Continent of Europe in Chantilly in June 2013 comprising:-

The new selection arrangements are intended to recognise modern playing schedules, be fit for purpose in choosing the best team available, and provide clarity and fairness for players, parents, National Organisations, coaches and the media.


The Junior Vagliano team, which will be selected by the more traditional method, will be announced on 3 June 2013.

Email ThisBlogThis!Share to TwitterShare to FacebookShare to Pinterest
Labels: LGU

The SLGA have selected the following teams


TO ACCESS THE LIVE SCORING SERVICE FROM THE AUSTRALIAN WOMEN'S OPEN SECOND ROUND AT
ROYAL CANBERRA WITH PAMELA PRETSWELL PLAYING.

PAMELA HAS A GOOD OPENING ROUND IN AUSTRALIA

New Zealand teenage sensation Lydia Ko has continued her fine form with an incredible 10-under-par 63 in the opening round of the 2013 ISPS Handa Women’s Australian Open being played this week at Royal Canberra Golf Club.

North Berwick's Catriona Matthew, in her first outing of the year, shot a 69, three ahead West of Scotland LET rookie Pamela Pretswell who came through a qualifying round earlier in the week to earn a place in the star-studded field.
The only other Scot in the field, Carly Booth, matched the par of 73.

PAMELA QUALIFIES FOR THE AUSTRALIAN OPEN 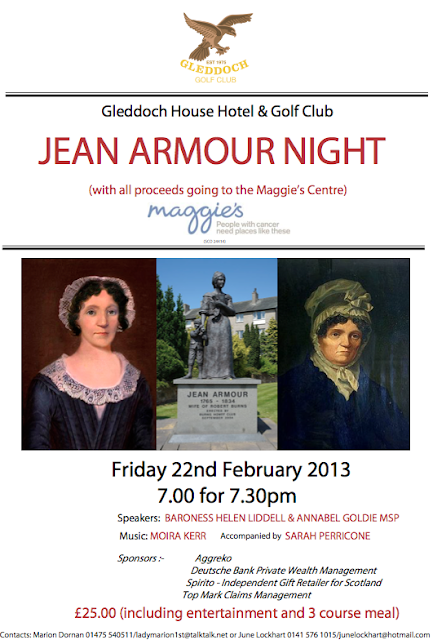 Why not have a night out on Friday 22nd February at Gleddoch Golf Club. In addition to the main speakers Helen Liddell and Annabel Goldie - well known West of Scotland Golfer -- Helen Faulds will be adding to the entertainment
Please Contact June Lockhart by  CLICKING HERE  if you would like to come along. Alternatively Phone her at 0141- 576 - 1015

Email ThisBlogThis!Share to TwitterShare to FacebookShare to Pinterest
Labels: Advertise on this site, Gleddoch

PAMELA PRETSWELL MAKES HER FIRST CUT ON THE EUROPEAN TOUR

West of Scotland's Pamela Pretswell, playing in her second European Tour event, made the cut after rounds of 78 and 67 in New Zealand Ladies Open. She then had a final round of 73.
It was a great start for Pamela who was only playing in her second ever event
Lydia Ko, the 15 year old amateur was the winner.
Unfortunately Kylie Walker and Carly Booth did not make the cut to play in the final round.

The Entry Forms for the 2013 Championships are now available by clicking on the following link -- SLGA ENTRY FORMS .

Please note that from the 1st January 2013 the SLGA will be sending all Championship communication via email and downloads from the SLGA website (Championship pages).

Please complete the Communication Form and send it in along with your entry form.
Posted by Carol