On Tuesday 31st of August, East Renfrewshire Golf Club was delighted to host the Tri-am event and lunch to celebrate the 80th Anniversary of the West of Scotland Ladies Inter Club Leagues that compete for the Greenlees Trophy.

72 ladies from 25 different golf clubs in the West of Scotland were represented, teams ideally having a player from each of the three divisions.

The weather was calm and mild, with the sun appearing intermittently, resulting in almost perfect playing conditions. The golf course was at its best, having recovered its lushness after the long dry month of July.

After their round, ladies enjoyed a lovely lunch in the club lounge which had been decorated with balloons and bunting and were able to chat and catch up with old friends

I hope you have all enjoyed playing East Ren in perfect golfing conditions and had fun with the bendy driver and left-handed putter on 18th. Watching on, there certainly seemed to be a lot of laughter, there were even several offers to buy the putter

Val Crawford who organised today’s events has left information leaflets on the history of the Greenlees for you. What you probably won’t know is East Ren’s involvement.
We were invited to take part in the Greenlees Trophy in 1952. It took us four years to win the second division and were then promoted to division one, where we stayed until ’65. The ladies of the day were obviously not satisfied with the demotion and promptly won Division two in ‘66 followed by Division one in ‘67 where the team remained until 1976.
There was more success in winning division 2 in 1978. It’s fair to say that since those ‘glory days’ East Ren has had experience of all 3 divisions taking advantage of playing at a variety of great courses over the years.
No matter which division a team is playing in or wither a player is number one or number 9 or even 7, when we represent our clubs in a Greenlees match, we do it with pride and great determination to get that point for our club.
Thank you, ladies, for your competitive spirit and for taking part in the 80th year celebration of Greenlees golf.

Prizes were then awarded by Carole, with Val Crawford, the club’s Greenlees Secretary announcing the various winners.

A final vote of thanks was given by Maureen Mitchell, West of Scotland Greenlees Convenor. 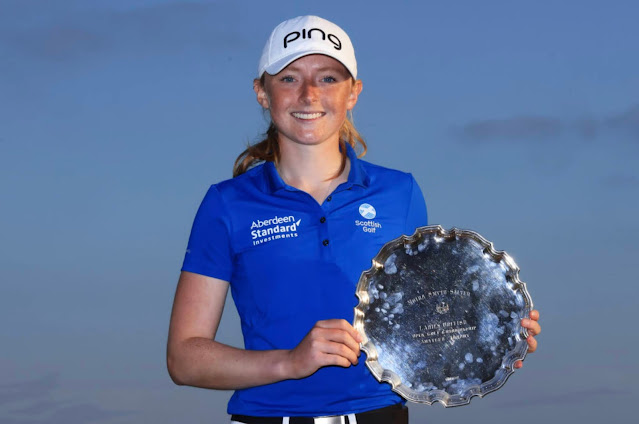