Email ThisBlogThis!Share to TwitterShare to FacebookShare to Pinterest
Labels: Advertise on this site, SGU, SLGA 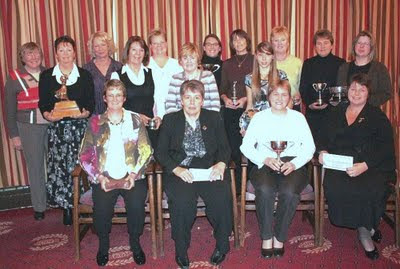 GET YOUR HAPPY GOLF FIXTURE BOOKLET 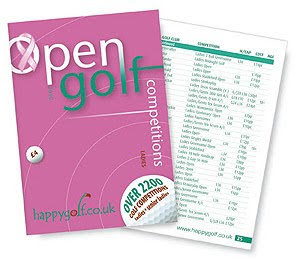 Dear Fellow Golfer
Happygolf-Ladies, a pocket size (A6) publication packed with details to enter over 2200 Ladies open golf competitions in Scotland, North of England, Midlands and Wales and the South of England.
Competitions include Scratch, Handicap, Greensomes, Texas Scrambles and Teams.
Booklets cost £4.00 including postage and packaging with proceeds going to Breast Cancer Research. Go to www.happygolf.co.ukto read all about it.
Posted by Carol

Instead, a card countback will be used as the means of deciding all qualifying places. Play-offs have been known to last for hours, on occasion finishing in darkness and then restarting the following day. This did nothing to help the smooth running of the tournaments and players often incurred additional costs and travel delay while they waited to see if they would be involved.

The Ladies’ British Open Amateur Championship will be held at the Yorkshire venue from June 22 to 26, beginning only nine days after the conclusion of the Curtis Cup match at Essex County Club, Massachusetts (June 11 to 13). Spain’s Azahara Munoz, winner of the title at Royal St David’s Golf Club, Harlech this year, has since turned professional and already won an event on the Ladies’ European Tour.

The handicap limit for the Girls’ British Open Amateur Championship, to be played at the prestigious Northern Ireland venue from August 9 to 13, is being reduced from 9.4 to 8.4 in recognition of the fact that the general standard of play among the entrants for the Under-18 years’ championship is improving every year.

The Ricoh Women’s British Open Championship has another Lancashire venue, Royal Birkdale Golf Club, from July 29 to August 1.
The pre-qualifying will be held over The Berkshire Golf Club’s Blue Course on July 12 and the final qualifying at Hillside Golf Club, Southport a fortnight later on July 26.

Wales will have two main events on the LGU 2010 calendar.
The Ladies’ British Open Amateur Stroke Play Championship will be played at Tenby Golf Club, Pembrokeshire from August 18 to 20, and Wales, champions at Wrexham in 2008 and Irvine in 2009, will be seeking an historic hat-trick of titles when the Home Internationals are played on home soil at Whitchurch Golf Club from September 8 to 10.

Scotland plays host to the Senior Ladies’ British Open Amateur Championship at West Kilbride Golf Club, Ayrshire from September 14 to 16. Scotland’s defence of the Sue Johnson Trophy in the Senior International Matches will take place at Sheringham Golf Club, Norfolk from September 28 to 30.

Entries for all tournaments are now available online via ENTRY FORMS

Email ThisBlogThis!Share to TwitterShare to FacebookShare to Pinterest
Labels: LGU

Kylie and Pamela are ranked 12 & 13 by European Golf Association

The 2009 West Vets AGM is held at Cowglen Golf Club

The West Vets AGM was held at Cowglen Golf Club today.
To read all about it go to the West Vets Website and to see some photos Click Here
Posted by Carol 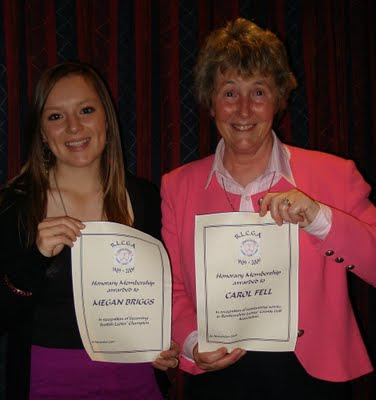 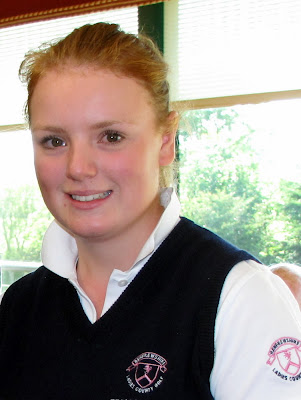 West of Scotland's Eilidh Briggs, (Kilmacolm) whose older sister Megan won the Scottish women's amateur golf championship in May, has won the Scottish Ladies Golfing Association girls' order of merit. She totalled 2,285pt, winning by over 500pt from Rachael Watton (Mortonhall) with Lesley Atkins (Minto) third with 1300.
Gabrielle MacDonald (Craigielaw) was fourth with 1120.

Nancy Chisholm receives her M.B.E. from the Queen

Bill Chisholm and daughters, Lindsey and Susan, were in the audience at Buckingham Palace to see Nancy receive the MBE from HRH The Queen at an Investiture ceremony on the 15th October.

Nancy, a past chairman of the LGU, and a past President of the SLGA, was awarded the honour for services to golf in the Queens Birthday Honours list.

Nancy said "We had the most wonderful day filled with exciting memories meeting interesting people, enjoying new sights, exploring new territories in glorious sunshine and having the thrill of speaking a few words of golf with the Queen!
Never thought it would be such a grand experience."

Well done Nancy!
Thanks go to Colin Farquharson for the report
Posted by Carol

The Scottish junior champion of champions' golf tournament at The Duke's course, St Andrews today was abandoned after 1hr 20min play today because persistent rain had flooded the greens.
Scottish Golf Union tournament director Euan Mordaunt is hoping the reschedule the 18-hole tournament for leading boys and girls for the spring of 2010.
Posted by Carol 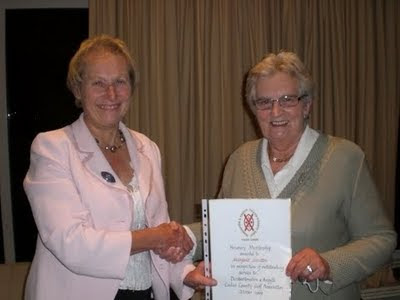 D&A County held their AGM on Wednesday 28th October at Douglas Park Golf Club.
After what can only be described a most successful Centenary Year Kay McColl the Centenary Captain handed over the captaincy to Jennifer Kinloch.
The new Vice Captain is Alisoun Fairbairn
The D&A County Centenary book produced by Margaret Johnson (Cardross) and Jean Campbell (Hayston) was on sale on the evening.
The book has been two and a half years of their lives with Jean constantly driving to and from Cardross to Margaret's house to assist in the development of the book.
Margaret has been a member of D&A County since 1974 and was a Committee Member for eight years under five captains, the last 5 of these years as Honorary Secretary.
She was absolutely thrilled with the Honorary Membership that was bestowed upon her for all her research and efforts in producing an most excellent record over the past 100 years of golf in Dunbarton and Argyll. 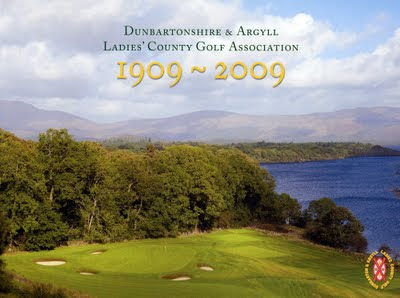