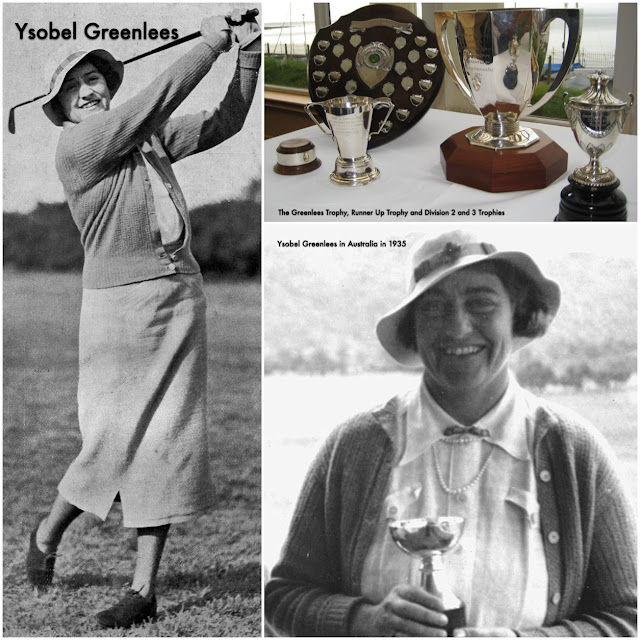 YSOBEL GREENLEES, golf internationalist and captain of the British Ladies Team, was born in Glasgow in 1902, the daughter of building contractor George Findlay (later a Bailie of Troon) and his wife Jessie Greenlees of Campbeltown and daughter of the late Samuel Greenlees. In 1919 age 17 she married her cousin Walter Greenlees, a son of the distiller Samuel Greenlees Jnr who had made Scotch an international drink.
Ysobel and Walter settled in Monkland House, Troon, and by 20 she had her son and daughter.
The Greenlees families hailed from Kintyre and developed three distilleries in Campbeltown (and one in Islay) and were founder members of Machrihanish Golf Club in 1876. They pioneered the mass-marketing and exporting of blended whiskies and soon became the largest holders in the world of thoroughly matured Pure Malt Whisky.
Ysobel learned her golf at Prestwick St Nicholas, which was instrumental in starting the Scottish Ladies Golfing Association, and became Club Champion at age 25 before joining Troon where her husband played. She became West of Scotland Champion in 1932; was a leading member of the first-ever British ladies team which toured Australasia, via India, in 1935; and captained Britain playing in France in 1938 when Britain beat France 7 and 2 at Golf de Morvantaine, where the home nation was captained by Madame Danae Vagliano, after whom the international Vagliano Trophy is named.
Ysobel founded the West of Scotland Ladies Inter Club League in 1930, for which her husband donated the Greenlees Trophy.  Her purpose in starting it was to give club players, especially the younger ones, greater experience in playing competitive match-play golf.
It was first played for in 1931 when Prestwick St Nicholas won, after a play-off against Troon. From 1939, due to the War, the League was suspended until 1949, when Troon won.  She advertised in the Glasgow Herald inviting more clubs to join in – creating a second division in 1954, and donating its trophy, all followed by a third division in 1986.
She was a vivacious, powerful golfer, and when playing in the Open competitions newspapers reported “her golf gives more aesthetic pleasure to the spectator than any other of the competitors.”


She passed on in 1996, and today is remembered for “The Greenlees” league, now of three divisions, playing in its 75th year of intense competition and rivalry between 27 clubs across the West of Scotland each summer. It is unique in Scotland. 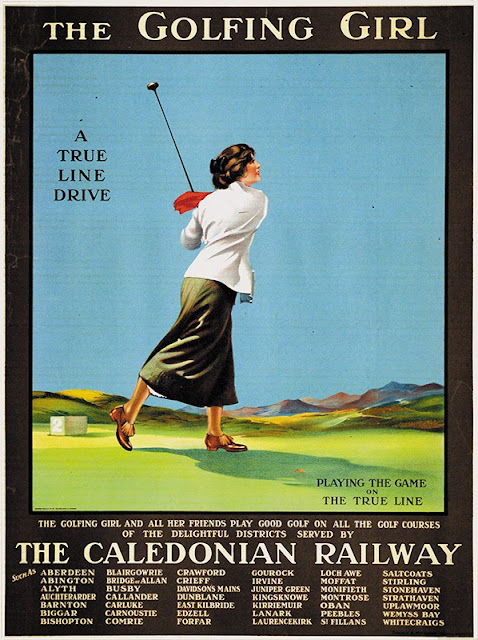 FORMAT ---
The format was a Tri -am with the teams being drawn one member from each division - just to mix everybody up.


The Greenlees 75th Celebration Triam was played in excellent weather today (19th September 2015) and was enjoyed by all the participants - it is a pity that something like this only happens once. Grateful thanks must be given to Sheila Orr and the ladies from Cathcart Castle for their organisation and their decoration of the Dining Room. Special thanks to Jean Smith and her husband for producing such and interesting brochure - I think we all learned from it. Special thanks to our guests, Fiona Butler, Willeen McCallum and not least Carol Fell. I would like to thank all the players who took part in our celebration and made it such a successful day..

Only the second prize winners were there and Greenlees Secretary Anne Dunn is going to ask the others if they can come to the lunch on Greenlees Lunch on the 20th October.

Many thanks go to Cathcart Castle's Graeme and Jean Smith for advertising the Greenlees Trophy Celebration played on the 19th September in the Ayrshire Post.


SOME PHOTOGRAPHIC MEMORIES OVER THE PAST 12 YEARS  AND BEYOND !!

SOME VIDEOS OF WINNING TEAMS WITH GREENLEES SECRETARIES

2011 GREENLEES LUNCH AT WHITECRAIGS GOLF CLUB - WINNING TEAM MILNGAVIE  - SECRETARY FIONA ROGER
The 2011 West of Scotland Greenlees Trophy lunch and Presentation of Trophies took place at Whitecraigs Golf Club. Sheila Adams of Loudoun Gowf was presented with the Division 3 Trophy, Aileen Donaldson of West Kilbride the 2nd Division Trophy and Anna Telfer from Milngavie the Greenlees Trophy which they won for the 3rd year in a row. Fiona Roger the Greenlees Secretary for the West of Scotland  chaired the lunch and presentation.

2012 GREENLEES LUNCH AT WILLIAMWOOD GOLF CLUB - WINNING TEAM MILNGAVIE -- SECRETARY ANNE DUNN
The 2012 Greenlees Lunch and Presentation of Trophies. Milngavie win the Greenlees Trophy for the 4th year in a row and Anna Telfer (Team Captain) gives her vote of thanks. Loudoun Gowf win Division 2 and Liz Keohone gives her vote of thanks. Anne Dunn the Greenlees Secretary reads out the winners and Williamwood's Jinty Roger presents the trophies