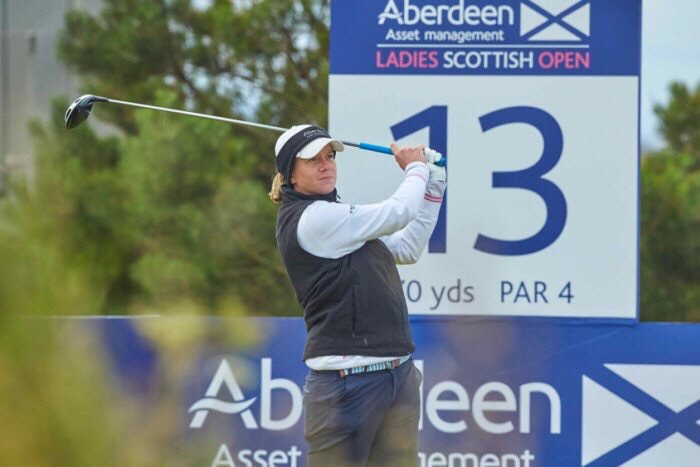 West of Scotland's Pamela Pretswell Asher believes the Ladies European Tour has hit its lowest ebb at a time when the circuit boasts its strongest pool of talent in the last five years.

The 2017 campaign concludes on a high note this week with the Omega Dubai Ladies Classic involving a star-studded field at the Emirates Golf Club. But the fact it is just the 14th event on the schedule shows what a tough year it has been for players like Pretswell Asher who are trying to make a living on the LET.

Five tournaments went by the wayside this year, leading to the departure of the circuit’s CEO, Ivan Khodabakhsh, in August.

During the Solheim Cup in Des Moines, LPGA commissioner Mike Whan revealed that he had instigated talks with Keith Pelley, chief executive of the men’s European Tour, to see what could be done to help the LET. However, it emerged recently that the LET has declined the offer of assistance for the time being after being encouraged by the potential for a healthier 2018 schedule. “No chance,” replied Pretswell Asher, who was on the LET committee before resigning earlier this year, to being asked if there was a possibility of as many as 24 events being on that list, which is expected to be unveiled at this week’s event in the UAE.
“I think you’d be looking at 18 events next year and, for me, that would probably be a good schedule. “I think there is genuine interest, but whether that can be put in place for 2018, who knows. Even getting a couple back would be a start. But I think it will be 2019 before we really see a difference, so patience is the key.”

Speaking at an Aberdeen Standard Investments golf clinic in Edinburgh, the Scot added: “For me, the sad thing is that talent on the LET at the moment is the strongest it has been in the last five years. That’s the thing that frustrates me the most. “We have so many good players but they don’t have anywhere to play and don’t have to go to America if you don’t want to. But, at the moment, the only option is to go to the States. Georgia Hall, for instance, has to be there to progress her game after doing remarkably well to get into the Solheim Cup team this year from so few starts on the LET.”

Pretswell Asher has been the leading Scot on the circuit for the past two years but heads into this week’s event behind Michele Thomson on this I season’s money-list after the Aberdonian finished second in last month’s Indian Open. Due to bad smog,  Pretswell Asher withdrew from that event but, after recording a top-15 finish in the following week’s Sanya Ladies Open in China, she is looking to end her season on a high in a field that is headed by Ricoh Women’s British Open champion In-Kyung Kim. “Michele had a great week in India but, if I can have a good week in Dubai, we’ll see where it leaves me at the end of the year,” said the former Curtis Cup player, who also has US Solheim Cup duo Angel Yin and Brittany Lincicome as her rivals this week. “This is a tournament I really enjoy, it’s the best one after the Scottish Open and it is one of the biggest on the schedule.
I’ve been pretty happy with my game. I just haven’t seen the results I would have wanted, though I had a good week in China. In fact, that was the best golf I’ve played for a long time. “My aim this week is to get  a good finish to what has  been a frustrating season. I think next year the schedule is looking better, though I don’t think it could be much worse, to be fair. “There were various reasons I came off the committee. It [a threadbare schedule] is not ideal because, at the end of the day, it is everyone’s job. It is the same for everyone, but I’m someone who likes to get a bit of momentum. “I like to get a few tournaments to get into the season and then get a run to get some rhythm going. This year, I had a couple of good results in April yet my next tournament was July – our biggest month – and by that time I’d lost any momentum I had. “It was disappointing not being able to take advantage of having both the Scottish Open and British Open on home soil.”