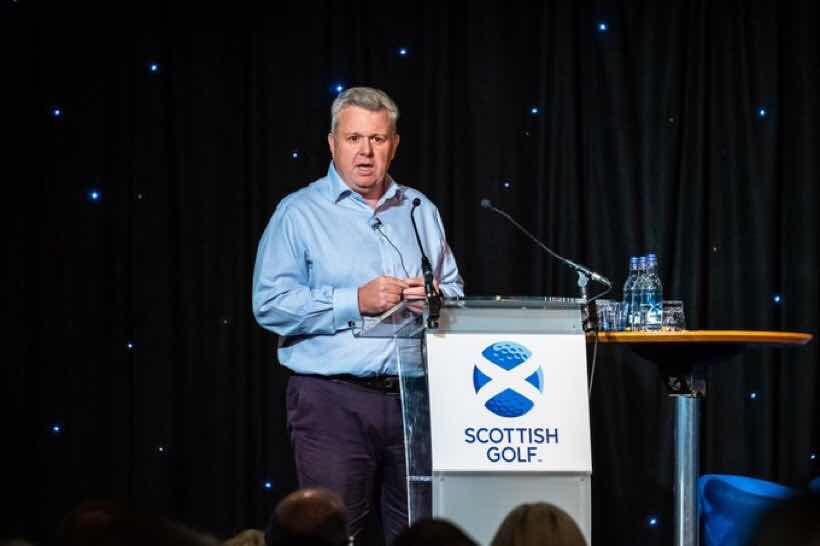 That was the rallying cry from chief executive Andrew McKinlay at Scottish Golf’s National Conference.
The event, which took place at the EICC in Edinburgh yesterday , was attended by over 450 delegates from across the game and saw the national governing body provide details of strategies it has devised to safeguard the sport’s future and that of its constituent clubs, as well as an update on performance across the spectrum of the grassroots game.
The underlying theme was one of looking to the future and “leaving Scottish golf better than we found it”

Referencing the book Legacy by James Kerr, which documents the culture of the All Blacks, New Zealand’s all-conquering rugby union side, McKinlay said: “They believe firmly in many things but one of those things is something called whakapapa, which means ‘to be a good ancestor’
“That is what we all must strive to be, as we are simply custodians of this wonderful game in the home of golf.”

The conference took place almost a year to the day from the first such conference, which was arranged with Scottish Golf in disarray following the resignation of McKinlay’s predecessor Blane Dodds and with the controversial strategy he had outlined having been stood down in the face of widespread criticism.

McKinlay was in attendance last year as a golf club member but, having been appointed chief executive of the organisation in February, had a prominent role today, where the mood in the room was considerably more optimistic than this time 12 months ago.
Well it might be, too.
After having been rejected earlier in the year, Scottish Golf finally saw plans to increase its affiliation fee pushed through in October. That, in turn, has allowed the organisation to budget better for the coming years and put in place a number of plans to help golf clubs adapt to match consumer behaviour.

Central to those plans is a brand new digital management system, which was unveiled today.
Developed by OCS Sport, which works with more than 30 pro golf tours worldwide, it will allow clubs to “take control of business” through a single, centralised system. It will provide everything from tee time bookings, to a point of sale system to a free, to customisable website for every club, area and county in the country. What’s more, it is completely free of charge.

The app will also be free to download for golf club members, enabling them to book tee times quickly and easily, as well as track their scores and access a virtual caddie.
Non golf club members will also be able to download the app but will be required to pay a small fee for the privilege.
All of the revenue generated will be reinvested into the game in a bid to redress an imbalance

Amongst other things, Scottish Golf believes this will help tackle the issue of handicap-only memberships and third party handicap providers.

Improving finances is the third of three pillars of the new Scottish Golf strategy and, according to McKinlay, is the one that was the “most challenging” issue to come out of last year’s conference. 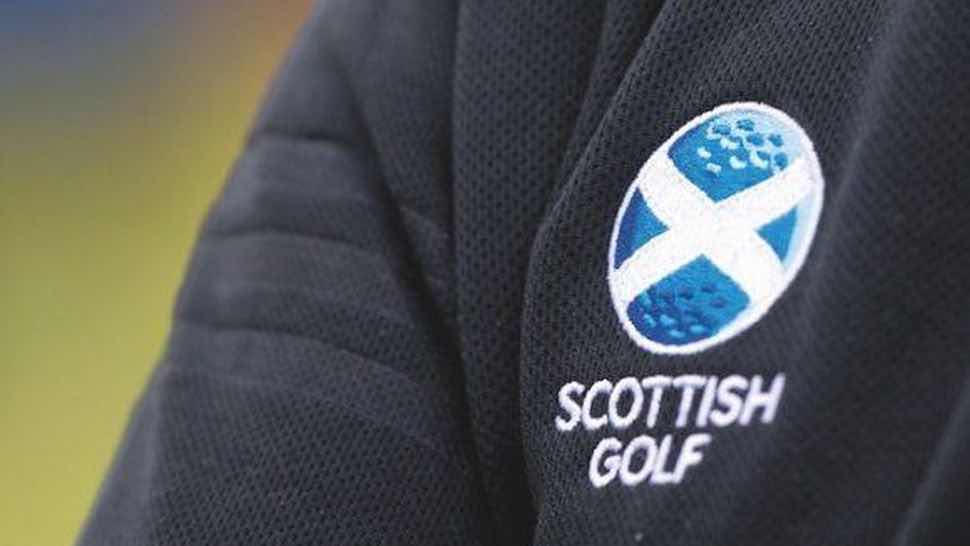 “I have spent much of my time since I came into the job working with our chief financial, Iain Forsyth,” he said. “A particular challenge was laid down at last year’s conference about our non-membership income and also around how we harness the wealth of the pay-per-play golfers within the Scottish golf family.”

Referencing Henry Ford, he added: “If you always do what you’ve always done, you will always get what you’ve always got. You don’t turn a circa £3.5m business into a £6m+ turnover, which is what we’re looking to do within the next four years, by getting a few sponsorship agreements here and there. You need to come up with something far more radical.”
The new club management platform would appear to be that “something”.

Former Open champion Paul Lawrie was amongst those in attendance today in his capacity as a golf centre proprietor and he said he was 'blown away’ by the new digital package.

“The app is just phenomenal,” added Lawrie, who revealed that his Aberdeenshire facility has been operating at a small loss ‘for some time’. “For a golf centre like ours, it’s going to be fantastic. We’ll be using it to try to help turn the corner.”
Of course, creating the tools is just the beginning; getting people to use them will be where the battle is won and lost.
That’s something that is in no way lost on McKinlay.
“Technology is only an enabler so it’s now all about the marketing of it,” he said. “We’re going to have to work hard to get the story out there, both through external channels and our own marketing."

OTHER NOTES FROM THE SCOTTISH GOLF NATIONAL CONFERENCE

• Andrew McKinlay revealed that Scottish Golf had a “very, very positive” meeting with sportscotland recently and hopes to announce a “substantial” four-year commitment from the organisation in January.
• On the junior front, plans for a new “national junior framework” are “progressing well”, whilst the 12-strong Young Persons Golf Panel will start in January. Scottish Golf also intends a national roll out of its Junior Golf Sixes programme in 2019, with the final potentially taking place in the lead up to the Solheim Cup at Gleneagles.
• Scottish Golf is aiming to get 100 clubs signed up to the R&A Women & Girls Charter in 2019 as it aims to increase the proportion of female golf club members in Scotland (currently 13%).
Posted by Carol