Golf return seems close but will it be like it is in Ireland? 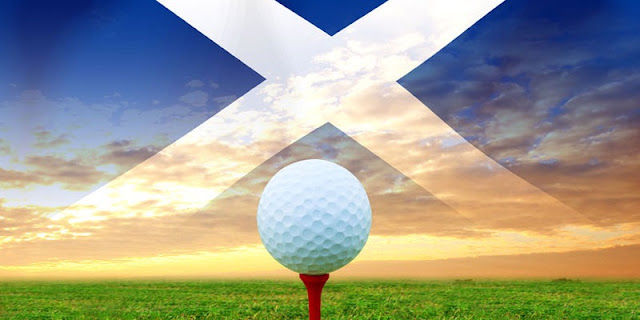 BY MARTIN DEMP­STER  THE SCOTSMAN NEWSPAPER

It seems tantalisingly close. Maybe as early as next Monday, but more likely to be a little bit longer. Golf ’s return in Scotland and elsewhere in the UK certainly seems to be imminent, but be warned that it might not be as straightforward as some people might be expecting.

Take Ireland, for example. Courses are set to reopen there on 18 May as part of a first phase of lockdown restrictions being relaxed. However, the fine detail of that decision has opened a can of worms. That’s because the reopening is being phased, meaning an eagerlyawaited return to the fairways is still more than two months away for some.

Only members living within 5km of their golf club will be given the green light to start playing in the first instance, 8 June having been earmarked for that radius to be extended to 10km before it is stretched to beyond 20km on 20 July. I bet lots of people didn’t see that coming and, by the sounds of things, it is going to cause major headaches for lots of clubs.

Consider these examples highlighted by Philip Reid, an outstanding golf correspondent, in his newspaper, the Irish Times. Tralee Golf Club is 13km from its primary membership base in Tralee town; Connemara links is located some 10km from its main membership cohort in Clifden; Donegal Golf Club at Murvagh is 10km from Donegal town; Co Sligo Golf Club at Rosses Point is 7.5km from Sligo town; while Co Louth Golf Club is 7km along the River Boyne from Drogheda town centre.

To try to offer some perspective here, if something similar is being planned by the UK government, then a lot of golfers in the Edinburgh area, for example, would not be allowed to return straight away to their clubs in East Lothian and it would be the same story for Glasgow golfers who are members of clubs on the Ayrshire coast.

Heck, I’ve just checked and the journey from my home in Dalgety Bay to Aberdour, where I’m a proud member, is 5.4km, though that is by car and a more direct walking route along the coast comes in at 4.98km – honestly!

The policing of that 5km ruling in Ireland is going to be a nightmare, surely. Can it actually be policed? In effect, it will come down to the golfers themselves to self-police and, though that is nothing new in the sport, I fear the temptation of wanting to get back out on a golf course again could cloud judgements about whether someone lives 5km, 15km or 50km away from their club.

It could be, of course, that the UK government, which will ultimately make the call, has a different plan in mind for the reopening of courses in Scotland, England and Wales.

That will hopefully be part of the lockdown exit plan set to be announced, we are told, by Prime Minister Boris Johnson, on Sunday.

By then, the government will have had more than a week to digest the stringent measures that have been proposed by the R&A to be in place when that green light is given. It is absolutely imperative those measures are followed because, let’s face it, they all make complete sense at the moment and let’s remember, please, that lives are still being lost as golf and other sports are topics of discussion.

Personally, I don’t see too many problems cropping up on golf courses in terms of social distancing. The vast majority already know what is required in that respect. It’s more when it comes to people either turning up too early for their round – not a problem for me, as my golfing buddies will testify – or hanging around afterwards that clubs will probably have to hammer home messages.

Make no mistake, golf will be in the spotlight once that return happens. There will be people out there waiting to pounce on any misdemeanours, so to speak, in respect of those measures drafted by the R&A in conjunction with other golfing bodies.

It will be the duty of every single golfer to follow the new set of rules to the letter, do the sport proud by doing so and ensure that golf gets off to the best possible start in a world that probably won’t return to normal – whatever that actually is – for a long, long time.

Shared via PressReader connecting people through news
Posted by Carol