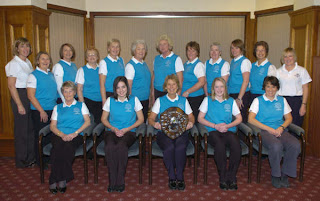 Ladies teams at Milngavie Golf Club have had an extremely successful season in 2007. They have a Scratch team that plays in the Greenlees League - open to all clubs in the West of Scotland. This year, Milngavie won the 3rd Division with a record 57 points and are therefore promoted to the 2nd Division. 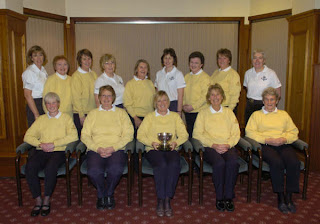 Their second team plays in the Allander League, which is a handicap league that is played in the evenings. Milngavie GC retained their title in this competition and have won this trophy 7 times in the last 9 years. (Ladies participating in these teams range in age from 15 to 70+) 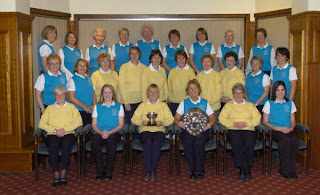 Here are both teams together
Posted by Carol