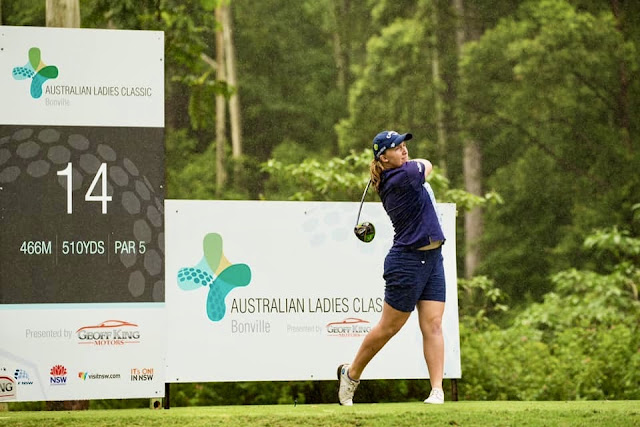 By Martin Dempster (The Scotsman)

Gemma Dryburgh has heaped prizes on Justin Rose for standing up to women’s golf by sponsoring a new seven tournament series for women professionals. The opening event of the Justin Rose Ladies series will begin with a one day tournament on 18 June at Brockenhurst Manor in Hampshire, Rose’s home county.

The schedule also includes a trip to Royal St George’s, which had been due to host The Open in July before it was cancelled by the R&A due to the coronavirus crisis.

“I was so amazed when I heard the news Justin and [wife] Kate would be contributing to a series of events for us female professionals,” said Dryburgh, who holds cards for both the LPGA and LET but is waiting for those circuits to start up again.
“Liz Young, one of my fellow players, also deserves a big shout out as she came up with the initial idea of having an event at her home course and it sounds like things transpired from there once Kate and Justin heard about the event at Brockenhurst Manor.

It is such a good feeling to have such a high-profile player like Justin supporting us. It takes people like him to stand up for the women’s game to help move us forward and help people realise we have a great product and deserve more coverage and opportunities to show our skills.”

Dryburgh is hoping to play in the first four events in the series, which is set to be screened on Sky Sports Golf, and will be joined in the first one by Laura Davies. “Justin has always been a role model of mine,” added Dryburgh of the 2013 US Open champion and current Olympic champion.

“I was lucky enough to get a picture with him when I was at university as we used to volunteer at the PGA Tour event, the Zurich Classic, in New Orleans. Looking back on that moment now, it’s cool to think he’s now supporting these events that I’m going to be able to play in.”
Rose, who is believed to be contributing in the region of £35,000 as prize money, said he felt compelled to “step up and help” after reading about Liz Young and resident clubfitter Jason Macniven trying to run a ladies’ event at Brockenhurst Manor.

“I am sad that the Ladies European Tour has been suffering so badly and doesn’t really have a start date yet from what I know,” he said. “To me this seems somewhat unfair, my wife Kate and I felt there was an opportunity to step up and help.”
Posted by Carol