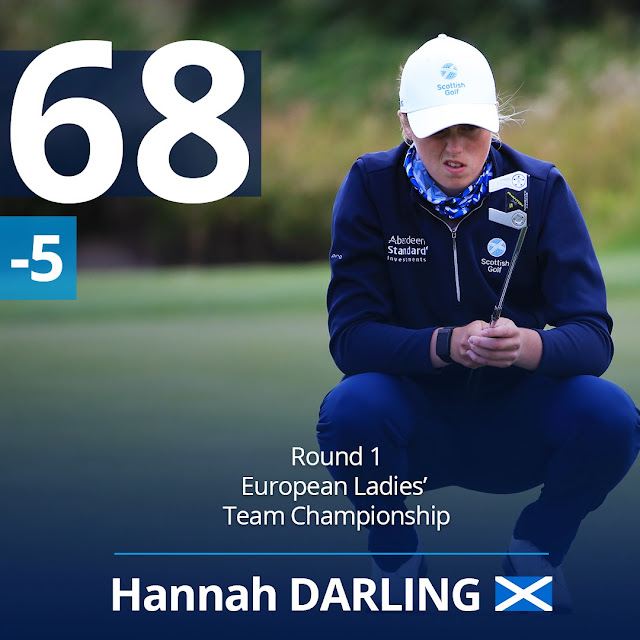 Scotland's Hannah Darling was the star of Day 1 at the European Ladies' Team Championship. A round of 68 (-5) at Royal County Down was two shots lower than any other player in the 114-strong field. "I did quite a lot of things well out there today" said Darling after her round. "The conditions were tough and the course is quite demanding in places so I just had to be sensible."

Darling's round helped Scotland into 2nd position in the stroke play qualifying, setting the team up with an excellent chance of qualifying for Flight A.

Team Sweden, looking for a fourth straight victory in the event, currently find themselves in fifth position on +13. The team is under-practiced on the course compared to the rest of the field however, their golf clubs got stuck at Amsterdam airport during their trip to Northern Ireland, costing them valuable practice time.

The Czech Republic are currently sitting in first place. Five scores lower than 75 (+2) put the team on a total +1, eight shots clear of Scotland. Denmark and England, both with totals of +10, are in third and fourth positions respectively.