Susie Robertson from Elie and Earlsferry Ladies is believed to be the first woman to ever play all 556 courses in Scotland. 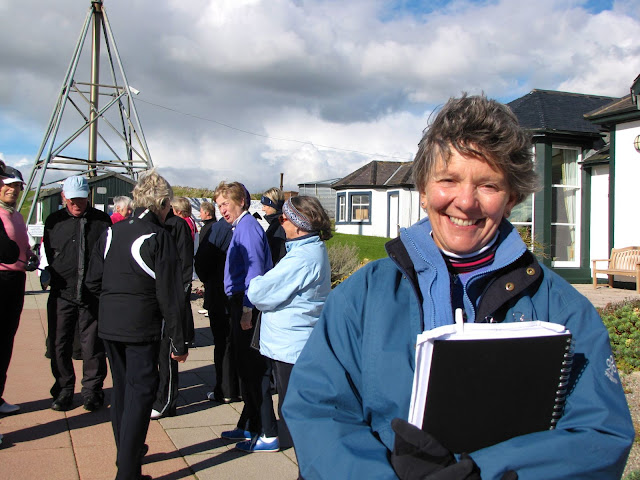 From the Women and Golf Magazine
Susie Robertson (pictured above) from Elie & Earlsferry Ladies is believed to be the first woman to ever play all 556 courses in Scotland.
Did you know that there are roughly twice as many golf courses as munros (or mountains) in Scotland? Well, Susie Robertson of Elie & Earlsferry Ladies Golf Club in Fife, certainly does.
When her husband announced in 2005 that he was going to climb every mountain in Scotland, she decided to do one-up on him and challenge herself to play every single golf course in the country by summer 2020. And guess what.... she's only gone and done it.
She has played 556 Scottish courses over the last 15 years. It saw her travel over 40,000 miles from as far north as the island of Whalsay, as far west as Barra, as far east as Peterhead and right down south to St. Medan.
She's ticked off all the courses on the official Visit Scotland 'Golf in Scotland' guide plus some extra ones. After completing 556 courses she now thinks she's played roughly 15,000 (!) holes of golf.
Playing off a handicap of 18, Susie believes she is the first female to play every course in Scotland. She finished slightly later than planned due to lockdown (we think we can let her off though), and she has just completed her last 18 holes at Gleddoch, Renfrewshire.
Reflecting on her achievement Susie said: "I've played golf all my life but feel very fortunate to still be fit and able enough to play every golf course in Scotland. "I have travelled in excess of 40,000 miles, played in hail, wind, rain and of course lots of sunshine, but most importantly have met some wonderful people along the way and enjoyed every single second."
Naturally, the rest of the members at Elie & Earlsferry Ladies Golf Club, which was founded over a century ago in 1884, are absolutely thrilled for her.
Captain Susan Kennedy said "What an achievement it is.
To play every single course in Scotland takes a lot of time and dedication and we, at her home club, are all immensely proud of Susie's success."
We're incredibly proud of her too. Congratulations Susie! You are an inspiration to us all. Now go and put your feet up
From CarolFellGolf -- Amazing - Many congratulations Susie -- Having met you at the 2012 Ladies' Senior Home Internationals and you were captain of Elie at the time and Helen Faulds (Douglas Park and Elie) was the Scottish Team Captain you certainly were very active there - leading all the players to do some Scottish Country Dancing at the presentation Dinner. --  I am sure you will still be on the go and active as ever ! 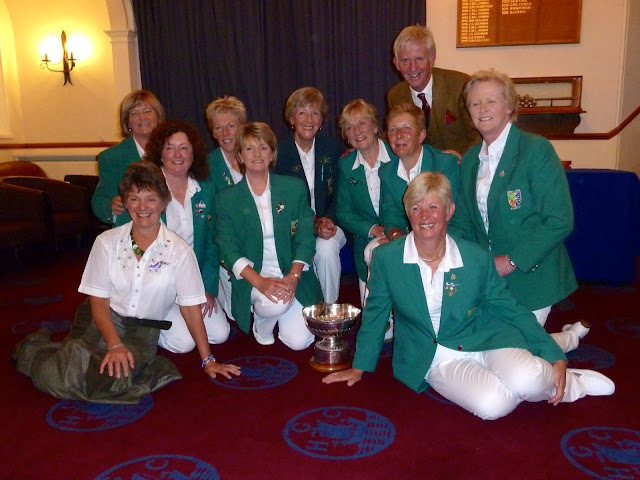 Here are some photos from "Down memory Lane Album " from October 2012 CLICK HERE FOR SCOTTISH SENIOR HOME INTERNATIONAL PHOTOGRAPHS and some VIDEOS from the entertainment after the event.
Posted by Carol