England’s Emily Toy maintained her bid to successfully defend the Women’s Amateur Championship after reaching the last-16 at West Lancashire. 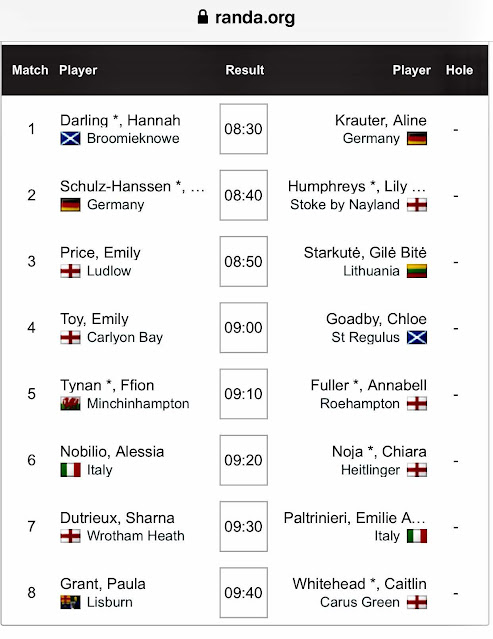 Draw for the last 16

Scotland’s Hannah Darling, 17, the Girls’ Under-16 Open Champion in 2018, ended the hopes of the leading qualifier Leth-Nissen in the afternoon with a one-hole victory.

Darling said, “It feels good to reach the last-16. I was just solid out there today. In both matches I think I was two down after three, so I’m just really proud of how I ground it out and stuck in there. It’s the type of golf course where anything can happen. I wouldn’t say it is a course you can go low on, you have to grind it out and scramble.

It’s my first time in the Women’s Amateur, but it’s match play and I’ve done well in those events in the past so I just have to keep it going. I’m probably younger than most people out there but as my dad says, age has nothing to do it with it, and it’s about performing.”

There was disappointment for Scotland’s Hazel MacGarvie as she exited at the last-64 stage as did Clara Young, Jasmine Mackintosh, Lorna McClymont

Penelope Brown ( Auchterarder) made it to the 2nd round by winning her first round tie at the 23rd !!