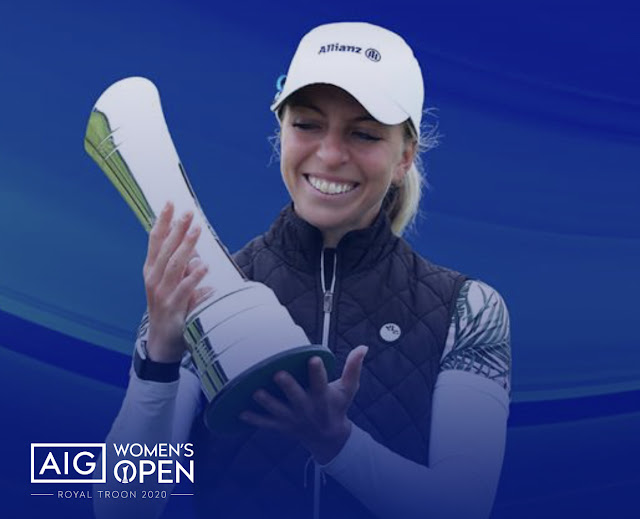 Sophia Popov (pictured above) held her nerve superbly under immense pressure to record a life-changing win in the AIG Women’s Open at Royal Troon.

Three clear at the start of play on Sunday, world number 304 Popov could have been forgiven for feeling tense as she chased her maiden main-tour victory, not least when she bogeyed the first after finding a fairway bunker off the tee.

However, the 27-year-old bounced back superbly by birdieing three of the next four holes and she duly remained at the head of the field for the entire final round, ultimately signing for a 68 to triumph by two at seven under. The only other blemish on her card came when she played cautiously and sensibly on her way to a five at the par-4 18th, knowing she could afford to double-bogey and still win.

The champion’s accomplished performance was typified by the way she kicked ahead with the winning post in sight, recording back-to-back birdies on the 15th and 16th to effectively end the hopes of her rivals.

Having come into this event without an LPGA Tour card, Germany’s first female major winner can now celebrate a remarkable victory and a prize of $675,000 that comfortably dwarfs her previous career earnings.