Top-five finishes for Michele Thomson and Carly Booth in South 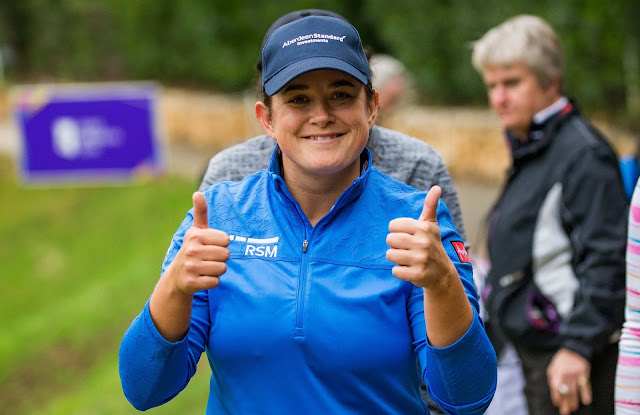 By Martin Dempster ((The Scotsman)

As Indian rookie Diksha Dagar pipped home player Lee-Anne Pace for the title at Westlake Golf Club, Thomson finished joint-third, with Booth a shot behind in a share of fifth position.

It was Thomson’s best effort on the Ladies European Tour since the 31-year-old Aberdonian finished second in the Hero Women’s Indian Open in 2017.

She opened the final round with seven straight pars before producing a burst of four birdies in six holes around the turn to close within two of overnight leader Pace.

Thomson then parred the last five holes as she signed off with a bogey-free effort, finishing two shots behind Dagar who overtook Pace thanks to a closing 69.

Booth, who started the day alongside Thomson on one-over, matched Dagar’s effort, covering the last six holes in three-under to maintain her recent good run of form.

The 26-year-old, a two-time LET winner, finished fourth in the Canberra Classic a fortnight ago then claimed a share of 12th along with Thomson in last week’s New South Wales Open.

A closing 70 earned Kelsey Macdonald a top-20 finish as she tied for 18th on four-over, three shots ahead of Kylie Henry, who ended up on three-over following the same final-day score.
CLICK HERE FOR FINAL SCORES