From the R&A website
PHOTOS - COURTESY OF DONNA JACKSON
Ireland has won the Women’s Senior Home Internationals for the third year running after edging out England in the weather-affected round-robin event at County Sligo.
The event was reduced to two days after severe weather was forecast for the third and final day and therefore the decision was made to reschedule and play the five singles games in each match on the second day so that a winner could be determined.
Ireland and England finished tied for first place on 2½ points after winning their matches against Scotland and Wales, and then sharing the points in the final match against each other.
Therefore, it was the defending champions who retained the trophy thanks to a superior points total across all three matches played – 12 to England’s 11.
Scotland finished third after securing a point with a win against Wales.
The 2020 Women’s Senior Home Internationals will be played at West Kilbride from 22-24 September. 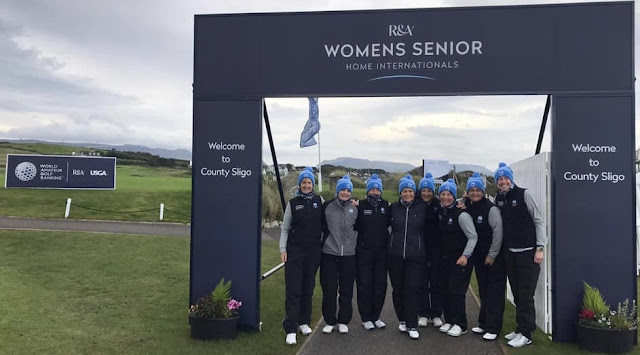